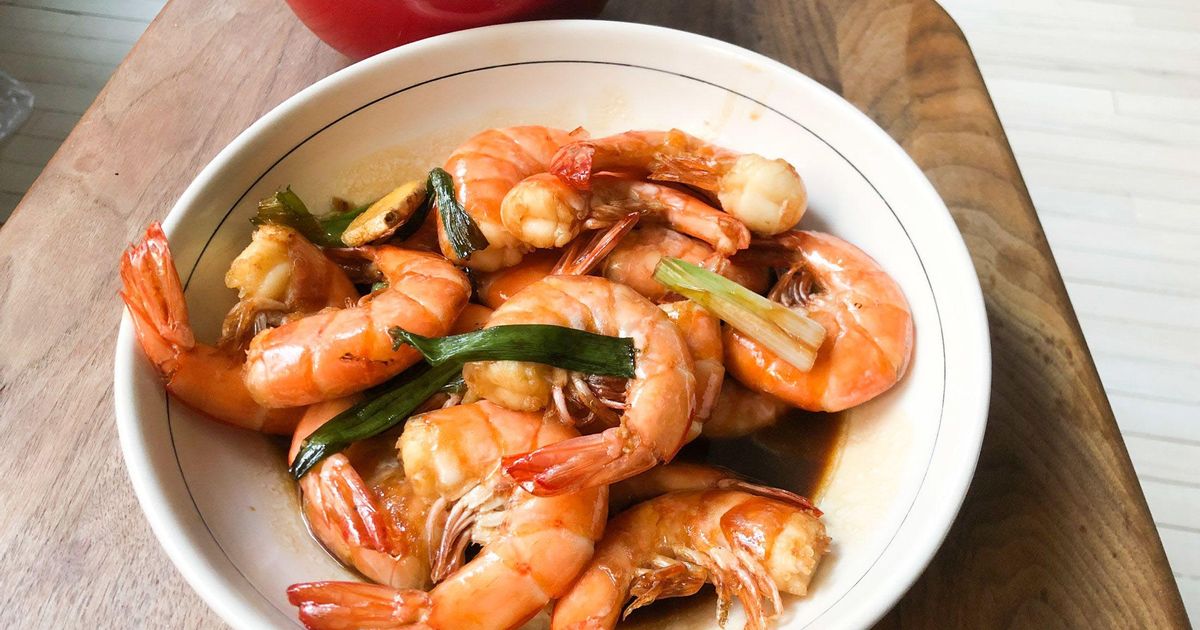 Banners and red signs are beginning to adorn doorways, shops and streets, signifying that the world is gearing up for the start of the Chinese Lunar New Year on February 1. More than 2 billion people across the world are expected to celebrate the Year of the Tiger, but it will involve more local and at-home festivities this year than usual: China’s Ministry of Transport has predicted that this year’s holiday travel will be down 60% in the country from pre-pandemic levels due to COVID-19 outbreaks across the country.

For anyone staying close to home, Lunar New Year is a great opportunity to support restaurants in your neighborhood. It’s also a chance to dig into a cookbook that talks about the holidays. One of them is “My Shanghai: Recipes and Stories From a City on the Water” by Betty Liu (Harper Collins; $28), released last March.

This is a stunning book both visually and narratively. The images come from all over Shanghai, featuring landscapes, fishermen and farmers, and the kind of images that immediately make you hungry. The images are accompanied by recipes that transport you to a family kitchen in China thanks to Liu. She takes on the daunting task of chronicling her family’s Shanghainese dishes, which hadn’t been put down on paper.

The book is filled with good candidates for the Lunar New Year, such as steamed fish (symbolizing good luck) and golden egg dumplings (fortune), quickly ladled hot in Liu’s delicious rendition. One of the most compelling images in the book is of green onion oil noodles, representing longevity. But Liu is looking beyond the obvious candidates for holiday menus. “Lunar New Year is also about celebrating food with your family, so there’s more to choose from than people might think,” she says.

An excellent candidate is one with a powerful name, Oil Exploded Shrimp. “The name sounds more aggressive than it is,” Liu says. She loves him for Lunar New Year because of what his Chinese name stands for. “Xia is the name for shrimp in Chinese and xiao is the word for laughs. Because the words are so similar, you can say shrimp can symbolize laughter or happiness for the coming year,” Liu says. It’s one of his favorite “quintessentially Shanghai-ese” classic dishes.

It’s also quick and easy to prepare in minutes, including prep and measuring time. Liu prepares his dish by frying the prawns twice, which shocks them so that the shell becomes very crispy and the meat particularly succulent. The shrimp are then sautéed in an aromatic mixture of soy sauce and rice wine, scallions and ginger, just enough to thicken and give the shellfish a thick, sweet and tangy caramelized sauce.

Liu’s advice for people unfamiliar with Chinese cuisine: don’t stress. “These recipes are very forgiving. Traditional cuisine may scare people away, but substitutions work. For example, you can easily use cheap dry sherry if you can’t find Chinese Shaoxing wine. Or open a bottle of sake and drink it with the prawns after transferring the steaming, fragrant seafood from the wok to the plate.

1 cup neutral cooking oil, such as canola or grapeseed oil

Heat the oil in a wok over high heat until it reaches 375 to 400 degrees on a frying thermometer. Working in batches if necessary, place the shrimp in a long-handled wire sieve or spider and gently slide them into the hot oil. Use the sieve to gently stir and flip the shrimp. (Caution as the oil will splatter.)

After 10 seconds, use the sieve to transfer the shrimp to paper towel. The shrimp should be orange and starting to curl up.

Let the oil heat up again. Slide the prawns back into the oil and fry for another 15-20 seconds, until crispy. Remove with the sieve. Pour the oil into a heatproof container. (This shrimp-infused oil is fabulous in other dishes, and a little goes a long way.)

Wipe the outside of the wok to remove oil drops. Set the wok over high heat until the residual oil glistens. Add green onion and ginger and sauté until aromatic. Add the prawns, sauté once or twice and add the wine.

Stir-fry once or twice, then add sugar and soy sauce. Stir-fry to mix: it will bubble, and caramelization is the goal. Continue to sauté as the sauce thickens, coating the shrimp. Drizzle with vinegar, cook for another 5 seconds, then place on a plate with the sauce. Serve hot.