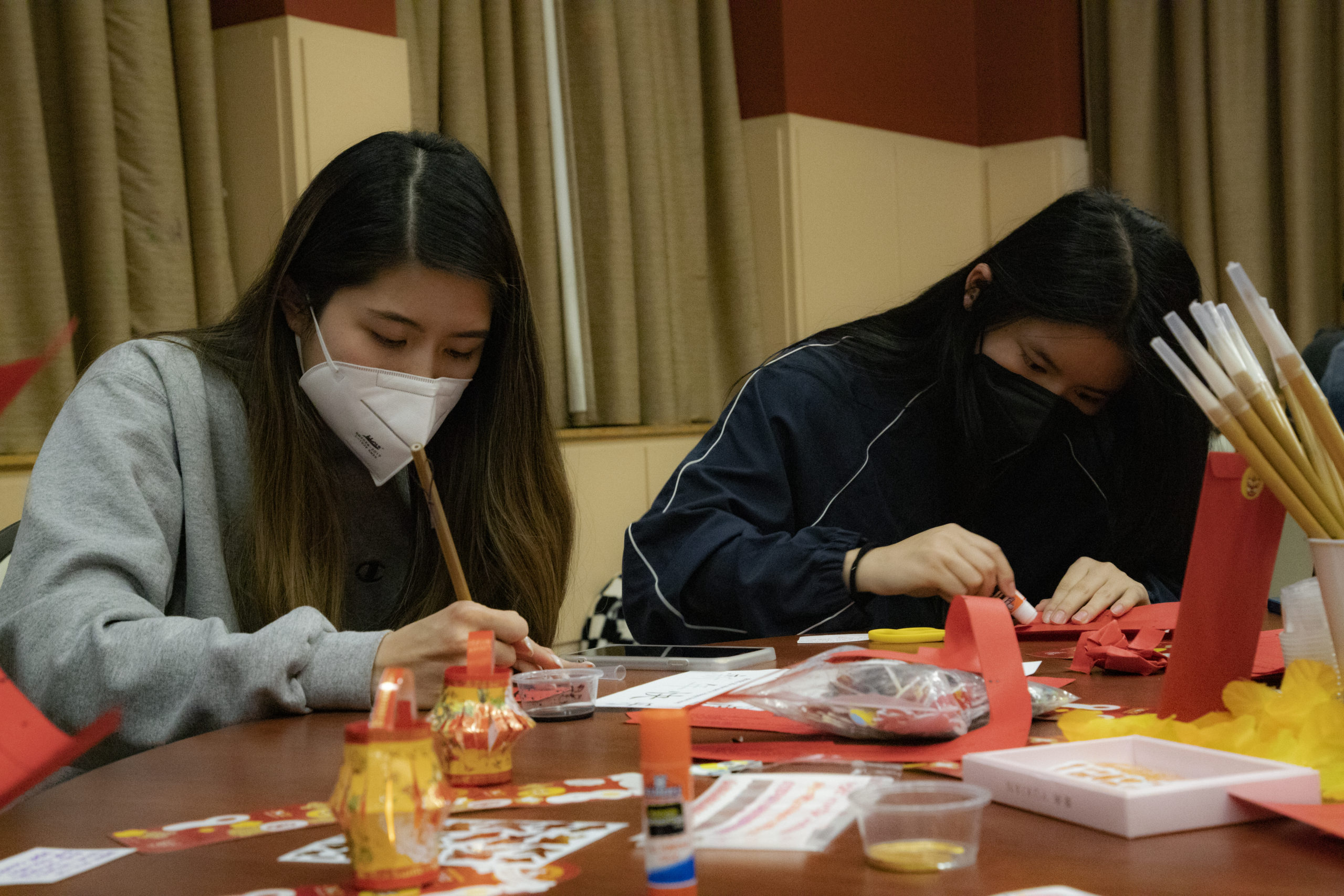 The Asian Student Association (ASA) celebrated the Lunar New Year with the St. Joe’s community on February 17 in the North Lounge.

The holiday began as a time to honor home, celestial deities and ancestors. It is now also considered a time for good fortune in the coming year. Each year is represented by one of the twelve animals of the zodiac, this year being the tiger, a symbol of power and courage.

“Lunar New Year is the combination of your typical Happy New Year with Christmas,” said ASA Cultural Ambassador Christine Nasife ’22. “It’s a big thing, it means a lot to people to bring good luck for the new year.”

Nasife said the board decided to make the event a collaboration of previously performed traditional events such as origami making, bracelet making and lantern decorating.

“We just wanted it all to come back together [in person]and having a huge event like this, then people don’t have to stick to one thing,” Nasife said.

Participants also decorated red envelopes during the celebration. Because the Lunar New Year is ultimately about spreading good fortune, a tradition is to put red envelopes where family members and friends leave money inside, signifying their wish for good fortune. during this year.

“Just like the culture of giving someone gifts, ours is of giving each other red envelopes,” Nasife said.

The board organized the event as a way for all students to learn about different Asian cultural traditions and better understand the significance of the Lunar New Year, according to ASA Vice President Lucy Nguyen ’22.

“We want people to be exposed to more culture, like Asian culture,” Nguyen said. “You’ve probably heard [Lunar New Year] all the time, but you don’t know much about it. We want to give this information.

Gabriella Dudajek ’24, who attended the event, said she enjoyed learning about the tradition of hanging lanterns from trees.

“It was a really cool experience to learn about another culture that I don’t know very well,” Dudajek said. “Being able to do the different activities and meet new people was very relaxing.”

Nasife said it’s important for students in the St. Joe’s community to experience different cultures and traditions through events such as the ASA Lunar New Year celebration.

“Having this exposure to these new events, new ideas and new cultures, I think is very beneficial for diversity, equity and inclusion,” Nasife said.