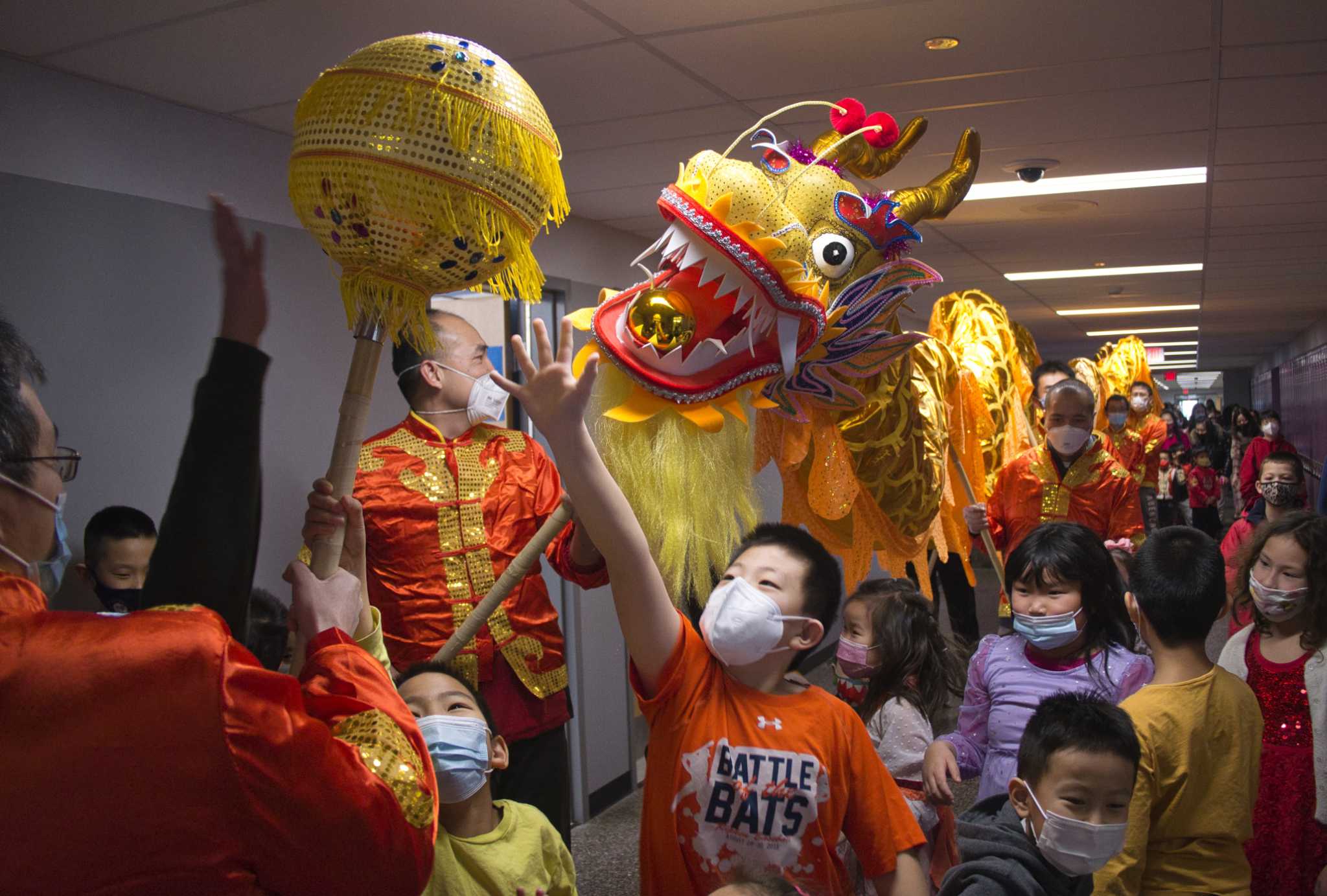 COLONY — Shaker Middle School was a whirlwind of crimson movement on Sunday.

Children swirled around in red costumes, jostled for photos and watched as the shimmering golden dragon made its way through the gymnasium.

The Chinese community in the capital region is preparing for a joint public celebration of the Lunar New Year and the Lantern Festival, the day that marks the official end of the two-week holiday.

A free gala is scheduled for Sunday, February 13 at the University of Albany Performing Arts Center.

For many, the event is a badly needed dose of home.

Typically, hundreds of millions of people in China hit the road to return home for the holidays, the only time of year when many have the opportunity (and the largest migration of people in a single event in the world). world).

Yet the course strict travel restrictions made it impossible for local Chinese residents to return, which makes the upcoming gala all the more memorable.

“What makes it difficult for most people in the United States is that a lot of people can’t go home to visit family,” said Youqin Huang, a geology professor at UAlbany. “It’s been really difficult for the Chinese community.”

Since the Lunar New Year is not a public holiday in the United States, travel even in non-pandemic years can be logistically difficult, Hongbo Cao said.

Sometimes the holidays coincide with the winter holidays.

“Usually when we come back, we stay for two or three weeks,” Cao said. “But a week is too difficult.”

The Lunar New Year, better known as the Spring Festival in China, is the most important traditional holiday not only for the Chinese, but also for the diasporas in the Philippines, Singapore, Thailand and elsewhere, including the community local Asian, a growing demographic in the Capital Region. .

This year’s vacation started on February 1.

The past few years have been difficult for the Asian American community in the Pacific Islands, difficulties that have been compounded by an increase in racist sentiments and an escalation in violence.

“The Chinese people have the quality to live their lives and thrive in whatever environment they can provide,” said Wei Qin, a Beijing transplant with a fashion background who is coordinating the gala’s set design.

The annual themes are the same every year: reunion, optimism and hope.

Each year of the lunar calendar is accompanied by an animal. It is the year of the tiger.

People born in the Year of the Tiger are courageous, competitive, unpredictable, confident, charming and well-liked, according to Jianling Yue, Chinese lecturer and minor advisor at Rensselaer Polytechnic Institute.

The Chinese Community Center’s annual party is inspired by the CCTV New Year’s Galathe must-see TV special for Chinese families, despite what many criticize as often cheesy, cheesy humor.

“It’s the best selection of entertainment China has to offer,” Qin said.

This year’s local event is slightly reduced to 10 programs from the usual 15.

“Even though it’s difficult, we wanted to bring the community together to feel the new year and the hope,” said Daisy Jungtzu Lin, adjunct professor at the College of St. Rose and director of this year’s program.

The children prepared for the upcoming gala on Sunday as their parents beamed at the exuberant stage.

And instilling traditions from an early age — including donning red clothes, cleaning the house on New Year’s Eve, and handing out red envelopes filled with cash — acts as a generational bond.

“It’s our heritage,” Dong said. “If (children) know more, they can be closer to their grandparents.”

The Chinese Community Center was established in 1973, rooted in 16 Chinese families who arrived in the late 1950s and early 1960s via Taiwan and Hong Kong. The Immigration and Naturalization Act of 1965 paved the way for a greater influx, prompting the establishment of the center as a professional and social hub.

With the exception of last year, they have been putting on holiday shows ever since.

The event, which was pushed back from earlier this month, is designed to be a showcase of songs and dances performed by community members and students, as well as a fashion show and other cultural displays. traditional.

The Chinese Community Center has held the event every year since its inception until last year when the coronavirus pandemic canceled the festival, which is usually held at the Egg.

For those who have emigrated, the lure of vacations remains enduring.

“We will never forget that feeling and that excitement,” Qin said.

And for those who cannot return to visit this year, the event is streaked with melancholy.

“This year is different because we will be staying home,” said Lilly Miaw, a longtime official at the Chinese Community Center. “But at least we have this celebration at SUNY.”