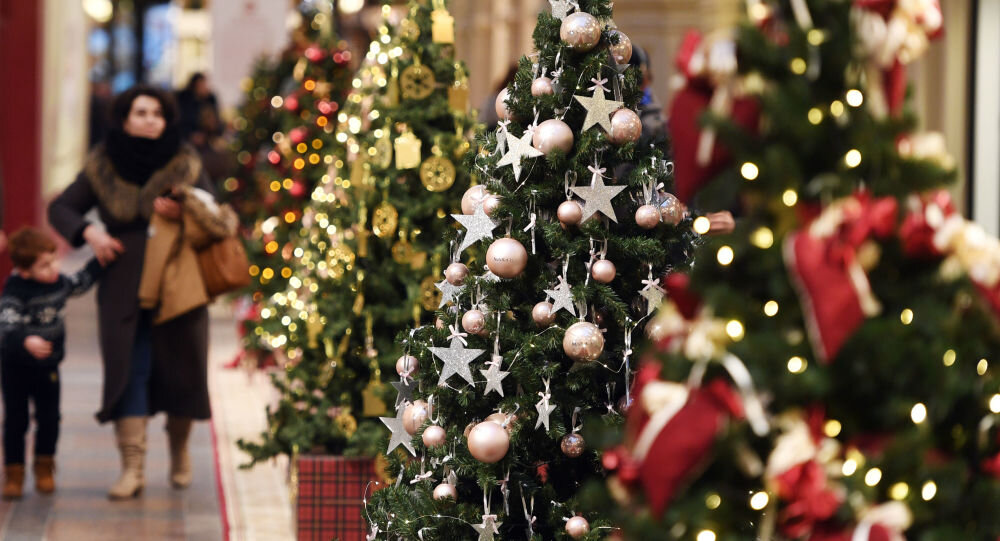 On this day, many Christians decorate their homes and workplaces with candles, garlands, wreaths, stockings, and door wreaths. They put extra care and effort into decorating their Christmas tree with ornaments and placing presents underneath to be unwrapped on Christmas morning. In general, the Christmas and New Year holidays last 12 days, with some countries celebrating only five days and others devoting the 12 days to the holiday. Some would use this time to go on well-deserved vacations while others would stay home and throw parties to entertain their guests; the same as Iranians during Nowruz which takes up to 13 days.

Just like other Christians around the world, Iranian Armenians begin New Year preparations in the last days of December. Christians in Iran, where more than 97% of the population is Muslim, are considered religious minorities. They are divided into Armenians and Assyrians, with different ways of celebrating Christmas rites.

Assyrians were a people who lived in ancient Iran and converted to Christianity since its appearance, especially in the first to third centuries AD. Like most Christians around the world, Assyrians in Iran celebrate the anniversary of the birth of Jesus Christ on December 25.

Assyrian Christians fast for 25 days before the birth of Christ, during which time they abstain from meat and dairy products. After December 25, they break their fast and take communion in church.

On December 25, the Assyrians go to the church to visit the Assyrian clergy and wish them a Merry Christmas, and the next day, it is the clergy who go to visit their co-religionists.

It should be mentioned that unlike all other Christians who consider January 1 as the start of the new year, the Assyrian New Year falls in the month of Nisan and coincides with the Iranian 13 Farvardin (the end of the New Year holiday).

Meanwhile, Armenian Christmas is celebrated a little later than that of other countries; that is, while most Christians around the world (including Catholics, Protestants, and the majority of Orthodox Christians) regard December 25 as the birth of Jesus Christ, followers of the Armenian Apostolic Church celebrate January 5 as Christmas Eve and call it Water Blessing Day. . Despite this difference, the Christian New Year begins on the first night of January and comes with its own special ceremonies. Their New Year’s vacation ends on January 13. 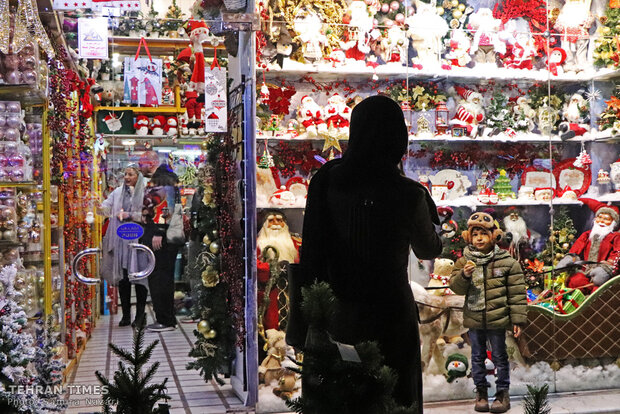 In Iran, many young Christians start celebrating the festive occasion from December 25. Christmas trees decorated with red and green ribbons and golden boxes underneath are displayed behind shop windows or hotel lobbies in different parts of Tehran, especially in neighborhoods populated by Christians. .

Iranian Armenians, who make up the bulk of the country’s Christians, are busy these days preparing for their celebrations. On “Dah Metri Aramaneh” street in Tehran’s Khajeh Nezam district, where St. Vartan’s Armenian Church is located and the smell of freshly brewed coffee still permeates the air, shopping malls are buzzing and wishes New Year’s Eve are plentiful these days.

In the days leading up to Christmas, if you happen to walk around the streets of Tehran where most Armenians live, such as Mirzaye Shirazi Street (known for its many toy shops) and Nejatollahi Street with its famous Saint Sarkis Cathedral, you can see posters stuck to the windows of some stores, announcing a time and a place of festivities and concerts.

But perhaps the most popular place to hold Christmas and New Year celebrations is the Ararat Sports and Culture Complex in Tehran’s Vanak district; here you can buy special snacks and delicate handicrafts from charity stalls and listen to the best of Armenian music live. The festivities here are rather extravagant, however, and the price of admission is high.

Lorde Cafe Confectionery on Nejatollahi Street is one of those places worth visiting during this time. The heavenly smell of fresh pastries and Turkish coffee gives the air a special friendly atmosphere, making the atmosphere all the more jovial for Christmas and New Year. A few hundred meters away, Sanaei Street also looks party-ready, with artificial pine trees, Santa Claus dolls and bright shops lining the crowded street.

On the night of January 1, church bells ring to announce the start of the new year, and on January 5, a glorious ceremony takes place in churches.

New Year celebrations also take place every year at midnight on January 1 in Iran’s largest and most beautiful church, Vank Cathedral, in the Armenian quarter of Julfa in Isfahan. Of course, all these traditions and ceremonies will unfortunately be affected by the coronavirus pandemic this year, people are recommended to stay at home and avoid gatherings in order to stay safe.

The head of the Assyrian Association of Urmia, Stanley Simons, said this year’s pandemic has prevented any outdoor or large gatherings for Christmas and New Year celebrations and that clergy will perform religious rituals for this special night. in church without the participation of people.

“The ceremony will be broadcast live on social media for Iranian Christians,” he said.

“We had special bazaars and displays for Christmas shopping in previous years, where Christian women sold and displayed their homemade baked goods, but the pandemic also prevented us from holding the display this year,” he said. he adds.

Meanwhile, the head of the Armenian Apostolic Diocese of Isfahan and Southern Iran expressed hope that once the corona situation is under control, New Year ceremonies will take place at Easter.

From Vienna: the celebration of the New Year 2021 | Great performance