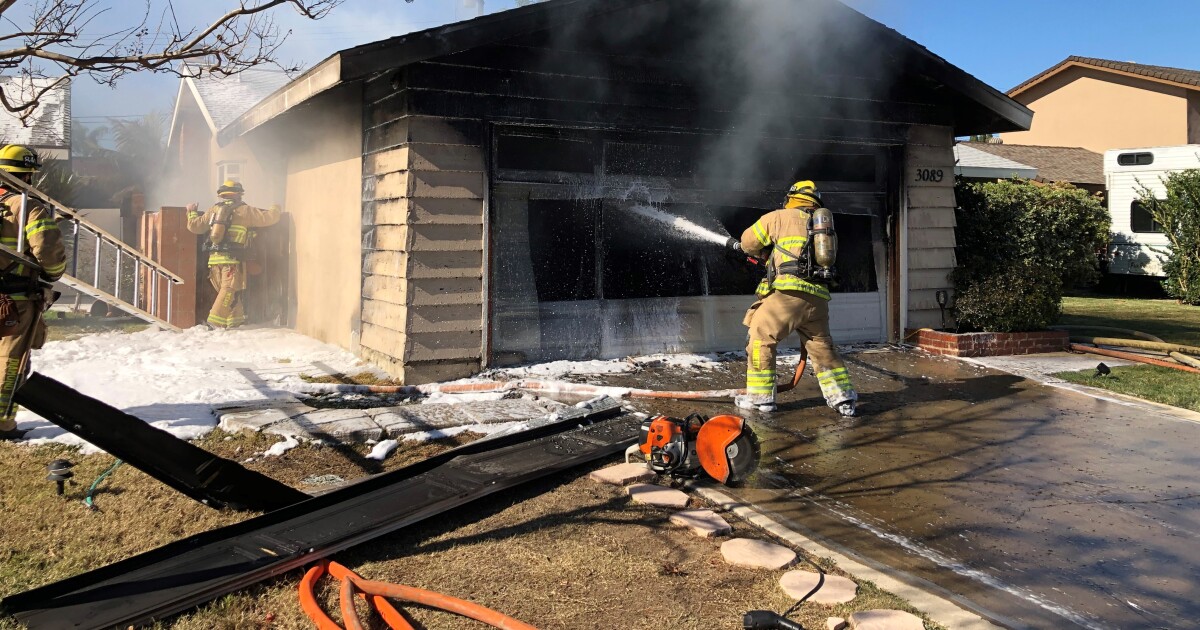 A Costa Mesa family was relocated on New Years Day after their home in the 3000 block of Roanoke Lane caught fire, causing flames to spread from the garage to the residence’s attic, firefighters reported on Tuesday.

Costa Mesa Fire and Rescue Captain Joe Noceti said the call came shortly after 11:30 a.m. Friday regarding a structure fire already in progress. Four units intervened, assisted by an ambulance and members of the department’s urban search and rescue unit.

“There was thick smoke and a fire coming from the garage of a one-story house,” Noceti said on Tuesday, adding that the rapid spread of the blaze had caused extensive damage. “We drilled holes in the roof to let heat and fire out of the attic. “

Noceti said two adults and two children escaped from the burning building by the time the teams arrived at the house. Noceti, who entered the building to collect items for residents, reported that a family cat had also managed to escape to safety.

Firefighters fought the blaze for about 45 minutes before extinguishing it completely. Due to the high levels of carbon monoxide from the smoke, the family was not allowed to return to the damaged residence, according to Noceti. A regional Red Cross team was called in to help the victims.

The cause of the fire was still under investigation on Tuesday. No information on the estimated loss of property or contents was available.

Support our coverage by becoming a digital subscriber.

A barrage of bullets during the New Years celebration in Cairo, GA