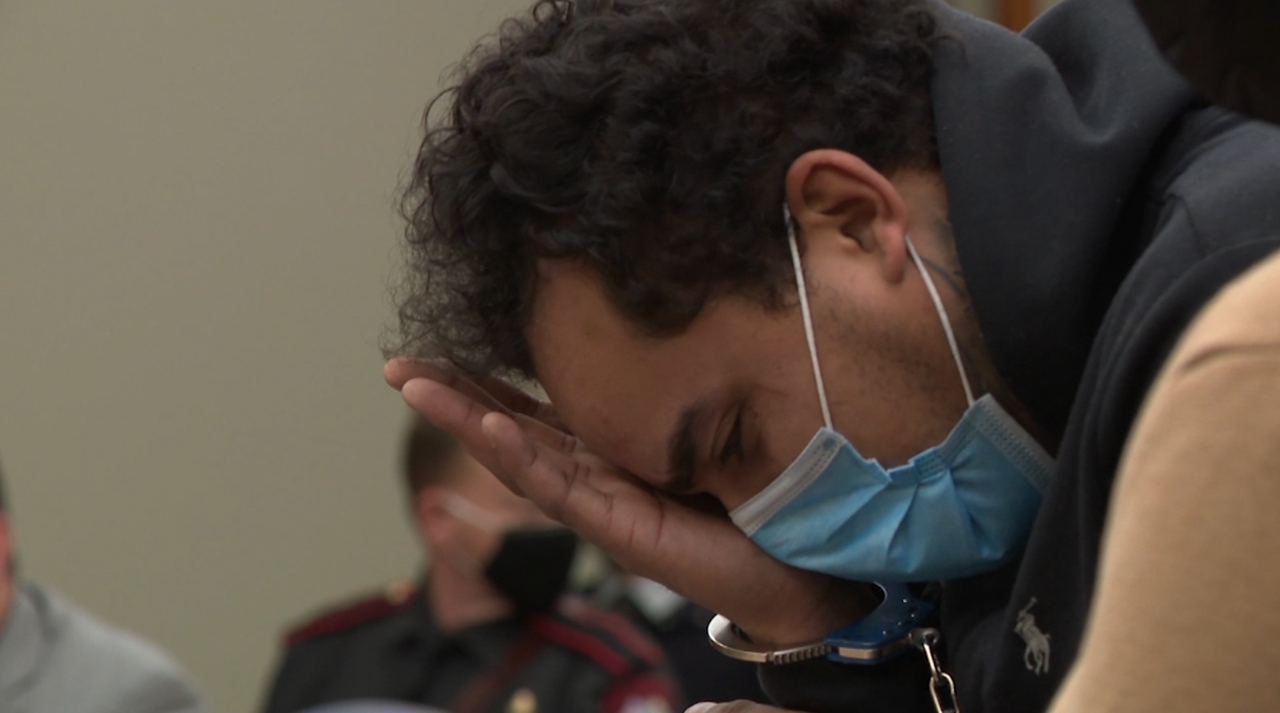 WARWICK, RI (WLNE) – The driver who is charged with a fatal hit and run on New Years Day was seen in court on Tuesday.

Aramis Segura, 30, of Charlestown, has been charged in the crash that claimed the life of a 17-year-old.

Segura was detained on a superior court violation. He did not enter a plea with respect to his felony charges.

Segura admitted to driving his vehicle on Saturday morning after drinking three beers and smoking marijuana.

According to RI State Police, Segura admitted to drinking 3 beers and smoking marijuana. He also admitted to driving the car that killed Olivia Passaretti.

The police found him in Charlestown hiding under his bed. @ABC6

State police requested that his bond be increased from $10,000 to $250,000 with bond, due to his lengthy criminal history and because he fled the scene of the accident.

Witnesses saw Segura leave the scene of the accident, then return, then leave.

His girlfriend picked him up in East Greenwich, after he borrowed someone’s phone and called her.

Segura was found at his home in Charlestown, hiding under his bed, after the crash, according to Rhode Island State Police.

The charges Segura faces include:

Segura also has a long criminal history and is now a bail breaker on a previous break and enter charge.

There are 40 prior charges on Segura’s file, including driving without a license/expired license, shoplifting, obstruction, fraudulent use of credit cards, possession of a weapon, possession of a stolen vehicle, pedophilia and third degree sexual assault.

“Our condolences go out to the loved ones of the victim for their loss,” said Col. James M. Manni, Rhode Island State Police Superintendent and Director of the Department of Public Safety. “Troopers investigators have worked very hard to quickly apprehend the suspect and we are working with the Attorney General’s office to ensure justice is served.”

The victim has been identified as Olivia Passaretti from East Greenwich.

In Passaretti’s honor, a vigil is also being held Tuesday at the East Greenwich High School softball field.

“We encourage anyone who wishes to participate to arrive around 4:30 p.m., so that we can hand out candles and begin this tribute to Olivia’s legacy after the sun goes down,” said Ken Hopkins, principal of East Greenwich High. School, in an email to families.