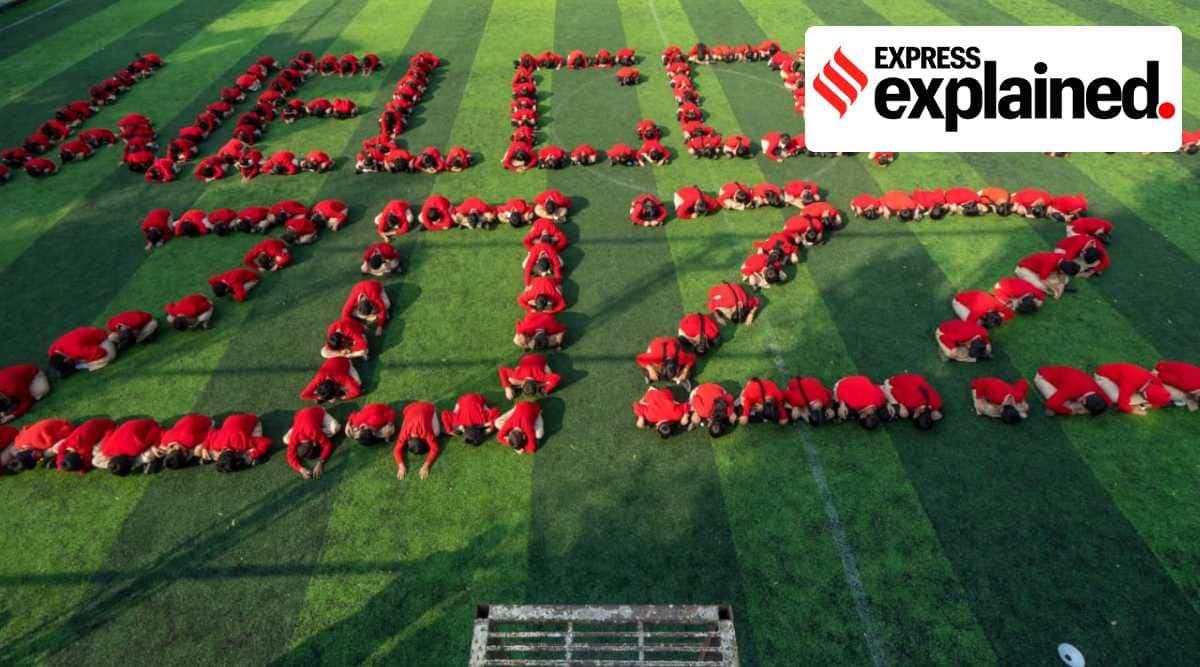 From curfews to movement restrictions, state governments have been getting cautious with the approaching New Year celebrations. As Covid-19 cases rise across the country, states have imposed several measures given the rapid spread of the Omicron variant.

Back to the measures imposed by the States during the New Year celebrations:

The nation’s capital has issued a “yellow alert” in light of rising Covid-19 cases and daily positivity remaining above 0.5% for two consecutive days. According to the city’s Graduated Response Action Plan, nighttime curfews, closures of schools, colleges, movie theaters and gymnasiums are in effect. All large political and religious gatherings will also be banned in the city and restaurants, pubs and clubs will operate at 50% until 10 p.m.

The Delhi Disaster Management Authority has also said that no events or gatherings to celebrate the New Year will be allowed in the city. He also ordered officials to strengthen enforcement mechanisms and deploy “a sufficient number of enforcement teams on the ground to maintain the utmost vigilance in public places…”

Although the state government has not completely banned New Year celebrations, it has imposed several restrictions. Only 50% attendance is allowed at events in confined spaces, while the limit is capped at 25% for open spaces.

The Brihanmumbai Municipal Corporation has, however, banned any kind of New Year celebrations – indoors or in open spaces – in Mumbai. Mumbai Poli has also issued similar restrictions. Reservation of boats, banquet halls, etc. for parties on December 31 is also not permitted in Mumbai. These establishments will, however, remain open until 12:30 a.m. for catering facilities as long as they maintain 50% occupancy. Hotel owners should also ensure that staff are fully vaccinated.

The Maharashtra government has issued detailed guidelines to ensure low-key celebrations. The circular reiterates the state government’s previous order that prohibits the gathering of five or more people from 9 p.m. to 5 a.m. The rules also prohibit the organization of any type of religious/cultural program on the occasion of the New Year and also prohibit fireworks.

Among the first states to impose restrictions on New Year celebrations, Karnataka banned all celebrations in public. Although the government allowed celebrations inside restaurants, it strictly banned special events and limited attendance to 50% while mandating full vaccination.

Chief Minister Basavaraj Bommai said restrictions would be in place from December 30 to January 2. “Mass gatherings at any location in the state for New Year celebrations have been banned. However, seating in pubs and restaurants has been limited to 50%, with no special events like DJs. Staff in pubs and restaurants should be fully vaccinated,” the CM said.

A popular destination for tourists at this time of year, Goa has imposed no night curfew due to the pandemic. However, a negative RT-PCR certificate or a fully vaccinated certificate is mandatory for those attending in-state events.

Fully vaccinated or have a negative COVID certificate to enter the state pic.twitter.com/RLr8HpA1WQ

A night curfew has been imposed between 11 p.m. and 5 a.m. in Rajasthan and the maximum attendance at public gatherings has been capped at 200. In addition, the state government is also set to restrict the movement of unvaccinated people by allowing only vaccinated people in public places. .

Tamil Nadu has also issued an advisory banning New Year celebrations at beaches and other public places like hotels, resorts and pubs across the state following the spread of the Omicron variant. People have been advised to stay indoors and celebrate at home.

Restaurants and hotels in Tamil Nadu have been allowed to operate until 11 p.m. on December 31 under standard operating procedures and managements have been told to ensure their employees are fully vaccinated against Covid-19.