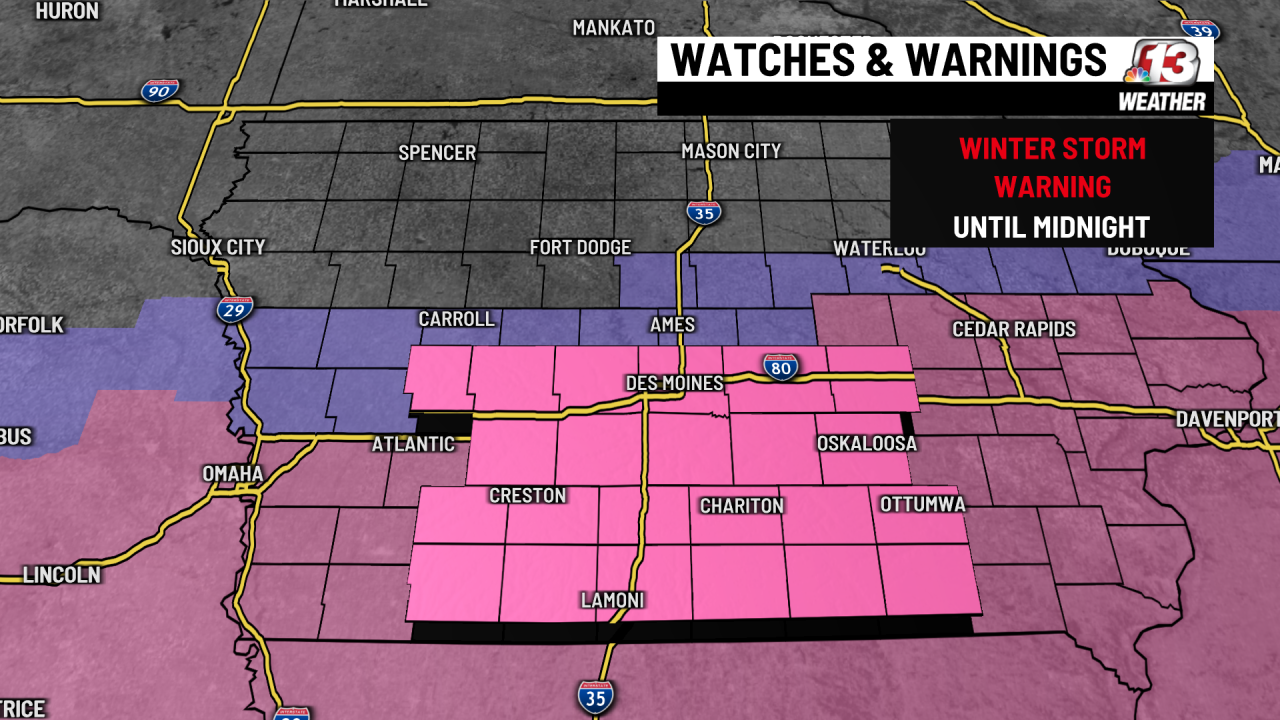 A winter storm warning is in effect for most parts of central and southern Iowa through midnight. Just north of the Warning Zone is a Winter Weather Advisory for Carroll, Greene, Boone, Story, Marshall, Hamilton and Hardin counties. Larger amounts of snow are likely in the warning areas.

Light to moderate snow will continue across central and southern Iowa for the remainder of the afternoon, with most of the snowfall ending by mid-evening this evening.

A strong cutoff in snowfall totals has established itself in the I-80 corridor. Southeast parts of the Des Moines metro are still expected to see 4-6″ of snowfall, while northwest parts of the metro will likely remain below 4″. Highway 34 in southern Iowa will likely end up with 5 to 8 inches of snow, with some locations seeing slightly higher amounts, while Highway 30 in north-central Iowa is expected to pick up less 3 inches of snow.

Arctic cold will be in place in Iowa with single-digit highs and teenage lows on Sunday. Because the wind will remain high from the north between 10 and 15 mph, a Wind chill advisory is in effect for all of central Iowa through noon Sunday. Temperatures will feel as low as -30° during this time. Frostbite can develop in as little as 30 minutes if the skin is exposed. The fingers, toes, ears and nose are most susceptible to frostbite. If you are traveling, bring extra clothing and blankets in case of an emergency.