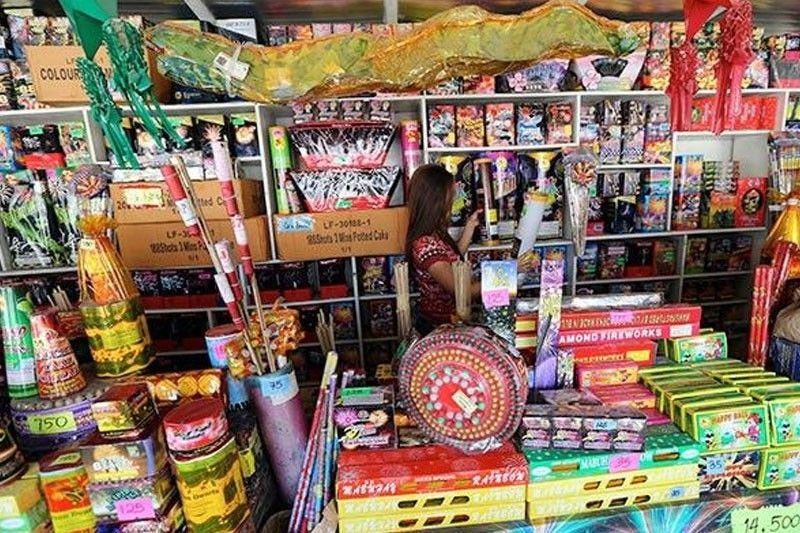 MANILA, Philippines — The Philippine National Police on Tuesday warned Filipinos against the illegal use of firecrackers and indiscriminate firing of firearms, a cultural tradition Filipinos are used to, ahead of the New Year celebration.

During the Laging Handa briefing on Tuesday morning, Police Colonel Roderick Alba, spokesman for the PNP, said the National Police will provide security assistance and coordinate with the Home Office and Local Government to the deployment of police during the New Year festivities.

In the current state of affairs, Executive Order No. 28 signed by President Rodrigo Duterte prohibits individuals from using firecrackers or mounting their own fireworks at “events of personal, religious, cultural and national significance”, particularly during New Year’s Eve.

“What is prohibited is truly prohibited. Do not insist on distributing or selling as this will be subject to confiscation or even arrest,” Alba said in Filipino. “We have so many ways to celebrate this new year peacefully without hurting others by using firecrackers.”

Police General Dionardo Carlos, head of the PNP, has already said that the National Police intends to apply the EO, which provides for regulations on the use of firecrackers and other pyrotechnic devices, “to the letter”.

“The PNP issues a fair warning to manufacturers and retailers not to engage in the distribution of illegal firecrackers, or face confiscation and arrest,” Carlos said earlier this month.

Local government units agreed to ban firecrackers last Christmas. As a result, the Department of Health reported an 85% drop in firecracker-related injuries after the holiday season.

Interior Secretary Eduardo Año is also quoted in a GMA News Online report saying that the PNP and LGUs have a responsibility to enforce state and local firecracker policies to prevent injuries and fires.

Speaking over GMA’s Unang Balita, Fire Superintendent Annalee Carbajal-Atienza, spokeswoman for the Bureau of Fire Protection, advised the public to watch the fireworks from their government units instead local.

“Our fire trucks and firefighters have been patrolling the barangays to make announcements and reminders regarding the use of firecrackers,” she said in Filipino.

Earlier, environmental group EcoWaste Coalition also called for a nationwide ban on the sale and use of firecrackers amid the threat of the COVID-19 Omicron variant.

“Banning the production, import, distribution, sale and use of firecrackers will reduce the number of firecracker-related injuries, as well as environmental pollution associated with New Year’s Eve celebrations,” said Thony Dizon, campaigner for the EcoWaste chemical safety.

“The enforcement of such a measure will also be crucial in light of the threat posed by the new Omicron COVID variant,” Dizon added as he urged Filipinos to opt for safer alternatives to firecrackers instead.

Cebu Governor Gwendolyn Garcia has since ordered a ban on the use of firecrackers and pyrotechnics in the province. — Franco Luna with reporting from The STAR