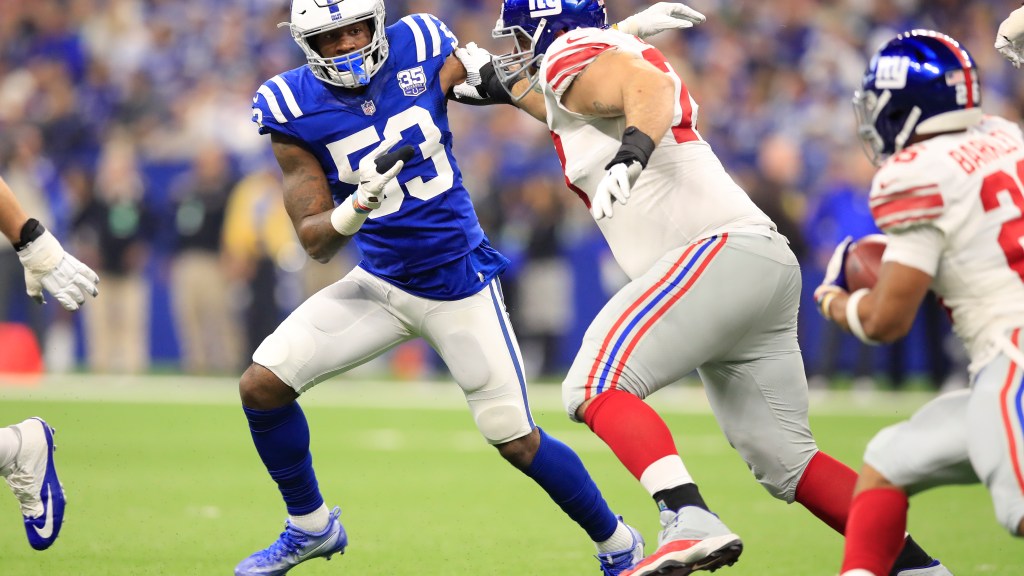 The Indianapolis Colts will announce their official regular season schedule on Thursday night, but we already have leaks ahead of time.

According to Art Stapleton of The Record, the Colts will visit the New York Giants in Week 17 on New Year’s Day for a game Sunday at 1:00 p.m. ET at MetLife Stadium.

I don’t know if these are still available, but I confirmed:#Giants open in Tennessee
Week 2 home opener against Carolina
Heading to Thanksgiving AND Christmas Eve in Dallas and Minnesota, respectively

Home on NYD vs. Colts
The season ends in Philadelphia

The Colts and Giants haven’t faced each other since 2018, when Andrew Luck led a winning Week 16 campaign that ended with a Chester Rogers touchdown for a 28-27 win at Lucas Oil Stadium.

The Colts like to keep things like schedule leaks pretty close to the vest, so it’s unclear how much information we’ll get before they’re announced, but we do know at least one game.