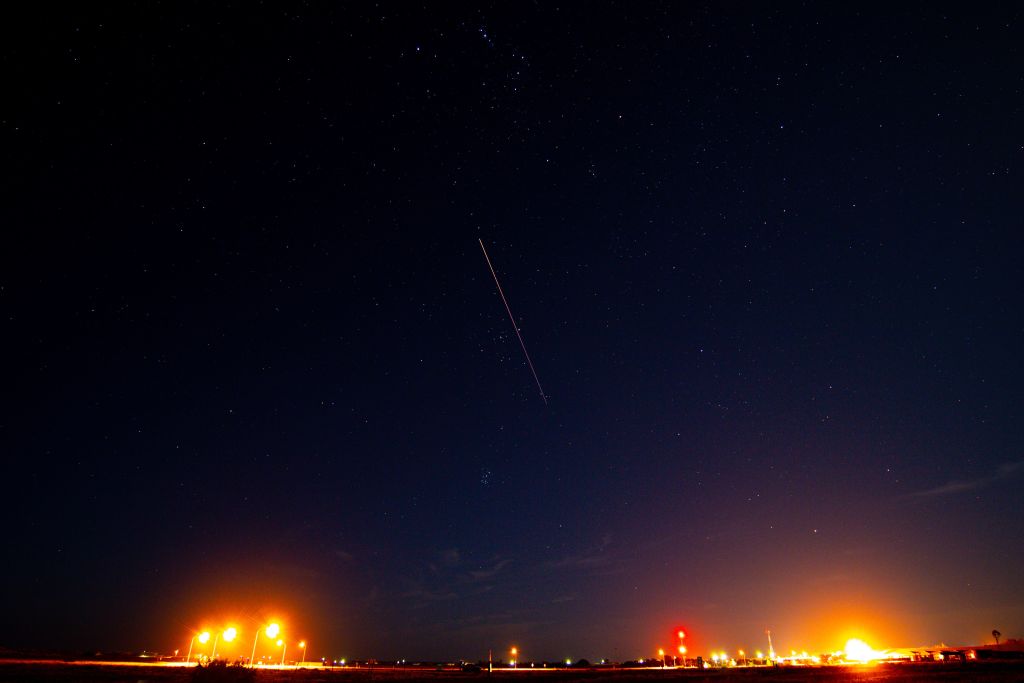 A resounding roar from the atmosphere sent Pittsburgh residents into a frenzy of panic on New Year’s Day celebration, and it wasn’t just any ordinary rumble from the sky as it turned out to be an explosion meteor, according to NASA.

NASA said a meteor that exploded into the atmosphere on New Year’s Day with a blast equivalent to 30 tons of TNT caused a loud explosion heard in western Pennsylvania.

For more details, NASA’s Meteor Watch Facebook page reported that the loud booming sound was heard minutes before the clock struck 11:30 a.m. ET on the very first day of 2022. Now for the spectators wishing to see it in the sky, unfortunately the fireball would have been easily visible in the sky when it broke apart had there not been so many clouds.

Using data from a nearby infrasound station, NASA calculated the energy of the explosion from a crude estimate that it would have been about 100 times brighter than a full moon.

The meteor shock wave was recorded at the infrasound station, and NASA helped estimate its given energy from there.

In an announcement, NASA reported: “If we make a reasonable assumption as to the speed of the meteor (45,000 miles per hour), we can estimate the size of the object at around one meter in diameter, with a mass close to half a ton.”

Prior to NASA’s report, an earthquake, thunder and lightning had initially been ruled out as possible causes of a strong boom and rocked the South Hills suburb of Pittsburgh. The Allegheny County Twitter account relayed it on Saturday, Jan. 1, after receiving 911 reports during New Years Day.

Allegheny County 9-1-1 received reports of a loud boom, shaking in the southern hills and other reports. We confirmed that there was no seismic activity and no thunder/lightning. At this point, we have no explanation for the reports, but the agencies are continuing to investigate.

Additionally, loud noises from South Hills and other areas were reported, and residents said their homes were shaking. Allegheny County officials said they verified that no seismic activity or thunder occurred.

But why this loud boom? The sound of a sonic boom, similar to that of an explosion or thunderstorm, is generated when an object such as a meteor or supersonic aircraft passes through the Earth’s atmosphere at a speed incredibly faster than the speed of sound .

NASA scientists have said that air reacts like a fluid when a supersonic object passes through it. As these “objects” are sent through the air, molecular collisions cause a shock wave, which in turn produces sonic booms or the loud bang residents heard on Saturday.

Should we fear meteor explosions?

Although such circumstances are rare, meteor explosions are something to be feared.

In 2013, the Chelyabinsk meteor, taking the size of a six-story building, shook the lands of Chelyabinsk, Russia. Reports say the impact is stronger than a nuclear explosion and the meteor was so bright it momentarily eclipsed the sun.

On the other hand, NASA’s DART mission will alter the motion or trajectory of a potentially dangerous space object to prevent it from colliding with Earth.

This article belongs to Tech Times

ⓒ 2021 TECHTIMES.com All rights reserved. Do not reproduce without permission.