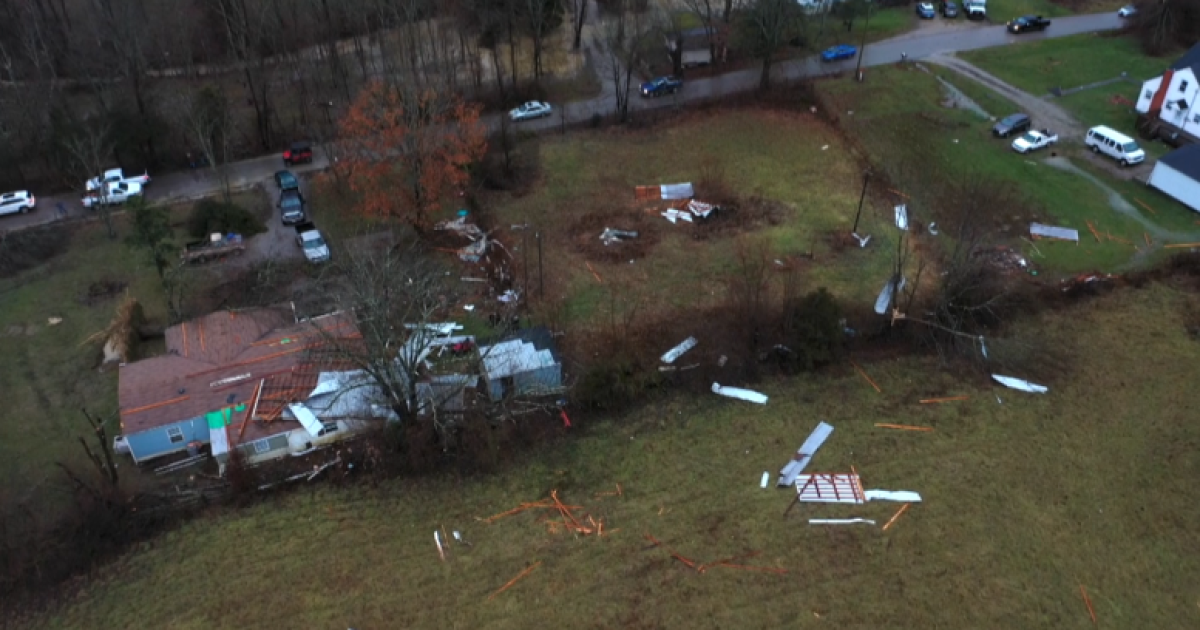 NWS Paducah also posted that Hopkinsville experienced an EF-2 tornado with winds up to 115-125 mph.

On Saturday, Governor Beshear declared a state of emergency due to severe weather in western, eastern and south-central Kentucky.

Today Governor Andy Beshear said the state continues to respond to a severe weather system that affected much of western, eastern and south-central Kentucky on Saturday and is preparing for this Winter weather is coming tonight.

The governor will travel to Hopkinsville on Monday to assess damage from Saturday’s storm. His office says he will also travel to Graves and Hopkins counties to “check on reconstruction efforts after the Dec. 10 tornadoes.”

In the Woodhill subdivision of Campbellsville, approximately 10 homes were heavily damaged. An additional 40–50 structures in Taylor County were also damaged when the tornado touched down.

There were also possible tornadoes in Logan, Marion, Green and Metcalfe counties.

Many counties in Kentucky saw water rising into homes and covering roads. The governor reports that more than 75 highways have been closed due to rising waters, mostly in eastern Kentucky. At least seven landslides were also reported.

More than 1,500 customers in Pike and Floyd counties lost power as a result.