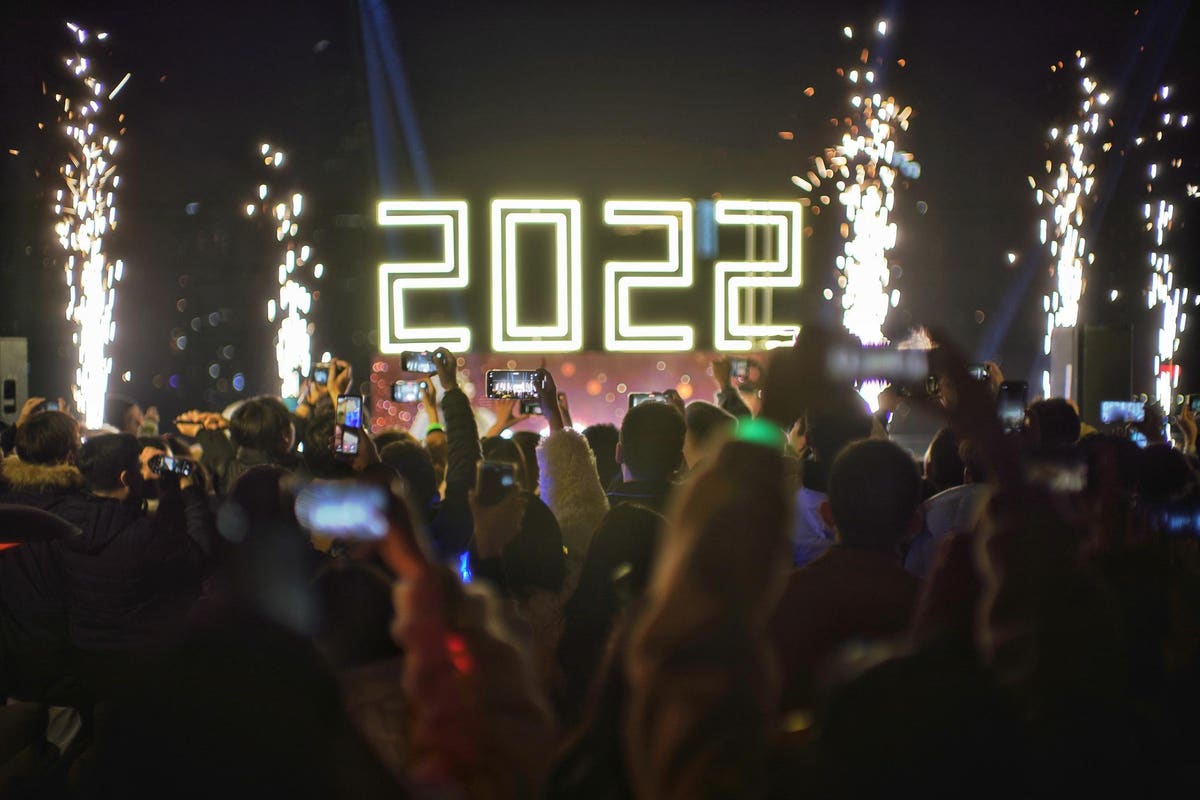 We’re only days away from a new year (on the Gregorian calendar, anyway), a time when people do a lot of thinking about the year that just ended, and make resolutions. quickly abandoned to do better in the future. New Year’s Day is basically arbitrary – it’s close to a few important astronomical events (the solstice on December 21, Earth’s closest approach to the Sun on January 4, the last sunrise in the northern hemisphere (earliest in the south) January 6) , but no on any of them, but it plays a useful social role.

The start of a new year also highlights an essential tension at the heart of the watchmaking business, namely the balance between cyclical time and linear time. every civilization has had to strike a balance between the two, and the New Year is a beautiful symbolic representation of that balance.

As I have already explained here, the central core of timekeeping is the notion of repeated cycles. We keep track of time by counting the ticks of a regularly repeating clock, and anything that ticks can be a clock. Over the many millennia of human civilization, we have used many different “ticks”, some very slow (the movement of the sun rising along the horizon that allows solstice markers to act as clocks that tick over a times a year) and some very fast (the 9,192,631,770 oscillations of light associated with a particular cesium-133 transition that define the modern second), but timekeeping still involves repetitive cycles.

Some cultures have chosen to make this cyclical nature central to their timing system. Some elements persist to the present day – when I lived in Japan for a few months in late 1998, the Christmas decorations that blanketed Tokyo in December were dominated by images of rabbits. This did not reflect a confusion between Christmas and Easter, but the fact that 1999 was to be the year of the rabbit in the traditional Chinese zodiac, which is used in a modified form in Japan (they begin their years on January 1 rather than the new lunar year, but keep animal names). This runs through a set of twelve animal names (rat, ox, tiger, rabbit, dragon, snake, horse, goat, monkey, rooster, dog, and pig), each associating with a year; these no longer have quite the meaning they had in the distant past, but they provide a link between years with the same animal sign and lead people to look for commonalities between 1999, 2011 and possibly 2023 (all Rabbit years).

Probably the most complex and infamous system in history is the Mayan system of named and numbered days. This combined of them repetitive cycles, one agricultural and the other religious. The agricultural calendar was 365 days haab, a calendar of 18 named months of 20 days each (plus five unlucky days added to the end). These two increment in the usual way- the first day of the haab “month”, 1 Mak would be followed by 2 Mak up to 20 Mak, which was followed by 1 K’ank’in, and so on. The ritual calendar was the tzolkina system of 20 names of deities combined with 13 numbers, which increment in parallel – 3 Ben followed by 4 Ix then 5 Men – to give a cycle of 260 days.

These two systems combined give each day a four character designation – 10 Ahau 8 Ch’en, for example, or 4 Ahau 8 Kumkʼu. These four-character day names repeat after 18,980 days, or 52 haab years and 72 tzolkin cycles, a “calendar cycle”. It’s a cycle that’s somewhat close to a human lifetime – anyone following the calendar can reasonably expect to see a particular four-character date repeat once, but not twice. We don’t really know what importance the Maya attached to this – their civilization had collapsed before the Europeans arrived, and most of their surviving books were enthusiastically purged by the Spanish – but it has a kind of elegance attractive.

Although repetitive cycles are indispensable for practical timekeeping, it is inescapably true that time has a linear component to even the most dedicated cyclical culture. When 4 Ahau 8 Kumkʼu rolls around in middle age, it’s not the same 4 Ahau 8 Kumkʼu you experienced as a little child, and there’s no turning back.

For this reason, basically every civilization also had some sort of cumulative count of elapsed time. In the West, we celebrate the beginning of the year 2022, counting the years since a particular rough determination of the birth of Jesus; we are a quarter of the year 5782 in the Jewish calendar (counting from the supposed date of creation) and not quite half way through 1443 in the Islamic calendar (which has the most solid origin historically of the three, beginning with the Prophet Muhammad’s move from Mecca to Medina). In the more distant past, the Romans dated the events ab urb conditionsince the founding of the city, and the Mayans had the Long Count which put a bit of cyclical shine on the steady accumulation of years.

With the rise of modern physics, first Special Relativity in 1905 but especially General Relativity in 1915, the inexorable march forward of time may seem called into question. In relativity, time is not marked by a single universal “tick”, but advances at a rate that depends on the observer. Two observers moving relative to each other will perceive time passing at different rates, and two observers at different positions relative to a massive object will also see their clock ticking at different rates. These changes in the rhythm of time are empirical facts, verified by a number of high-precision measurements, including some that I have already discussed here.

For these measurements to be consistent, changes in the timing of events must correspond to changes in the position of those events in space. This leads to the modern understanding of time and space not as totally separate phenomena, but as aspects of a single unified thing, which physicists (with our usual lack of linguistic flair) tend to call “l ‘space-time”. What we see as space and what we see as time can be understood mathematically as simply different directions in spacetime, in the same way that “up” and “north” are different directions.

This gives us a powerful tool for understanding gravity in geometric terms, as in John Wheeler’s concise summary of general relativity: “Spacetime tells matter how to move; matter tells spacetime how to bend. What we think of as gravity is a change in the local composition of spacetime – what appears to be just a step in time to an observer is a step in both space and time to a other. “Move forward into the future” picks up a small character “Get closer to a massive object”, and that explains the movement of objects.

This might seem to open up the possibility of using distorted spacetime to move out of linear time, to mix these elements so severely that what appears to be “moving in this direction in space” to an observer becomes “moving back into back in the past” for another. And, in fact, there are ways to do this in the purely abstract world of theoretical physics, to construct “closed time curves” through spacetime that loop back on themselves. As far as we know, however, all of these patterns require impossible elements – materials with “negative mass” that bend spacetime in the opposite direction to normal matter, or configurations that collapse to form black holes before you reach the point of going back in time.

So, unless we radically deviate from physics as we know it now, we are stuck with the combination of cyclical and linear time symbolized by the arrival of a new year. On the one hand, the beginning of 2022 (or 5783, or 1444…) marks the completion of a cycle that repeats itself again and again, a world without end. On the other hand, it’s just another tick in the endlessly accumulating count of years marking our one-way trip from the forgotten past to an unknowable future.

So, on that happy note, Happy New Year (a few days late)…

(This is more philosophical than most of what I write, as befits the season; if you want to learn more about the practicalities of this, check out A Brief History of Timingcoming out in a few weeks…)