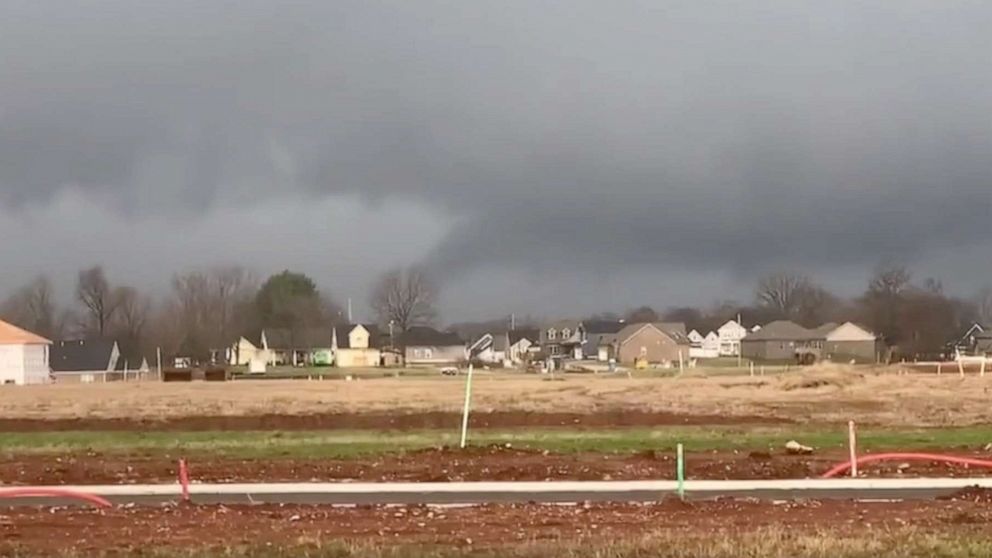 The governor of Kentucky has declared a state of emergency.

A tornado watch was issued for parts of Kentucky and Tennessee on Saturday, beginning at 6 p.m. CT.

“The inclement weather caused flash floods, power cuts and damage to public infrastructure and private property,” the governor’s office said in the statement.

A total of 2 to 5 inches of rain is expected to fall on Saturday, with a cold front arriving in the evening, which could complicate the response, according to the governor’s office.

At least one tornado has already been reported in Hopkinsville, Kentucky.

Kentucky Governor Andy Beshear declared a state of emergency on Saturday due to inclement weather across much of the state.

“It is devastating that we are again facing extreme weather conditions just weeks after the deadly tornadoes hit western Kentucky. Unfortunately, some counties were affected by these two events, ”Governor Beshear said. “We will continue to monitor the weather and provide necessary updates. Everyone should be aware, stay safe, and seek shelter when advised. “

Major flash floods are underway in Pike County and surrounding areas of Kentucky as numerous flash flood warnings remain in place in the southern part of the state.

Flash floods have also been reported in Green, Barren, Taylor, Adair, Owsley, Breathitt and Casey counties, leading to road closures and water rescues, according to the governor’s office.

The threat of severe thunderstorms and possible tornadoes will increase over the next few hours, with possible destructive wind gusts and tornadoes in the surveillance area on Saturday evening.

Kentucky Emergency Management has activated the State Emergency Operations Center. Staff from the Kentucky National Guard, the Kentucky Transportation Cabinet, the Kentucky State Police and the Kentucky Department of Public Health are monitoring the situation, according to the governor’s office.

“Please give way to emergency responders operating in many counties and avoid transportation routes today if possible,” Michael Dossett, director of Kentucky Emergency Management, said in the press release.