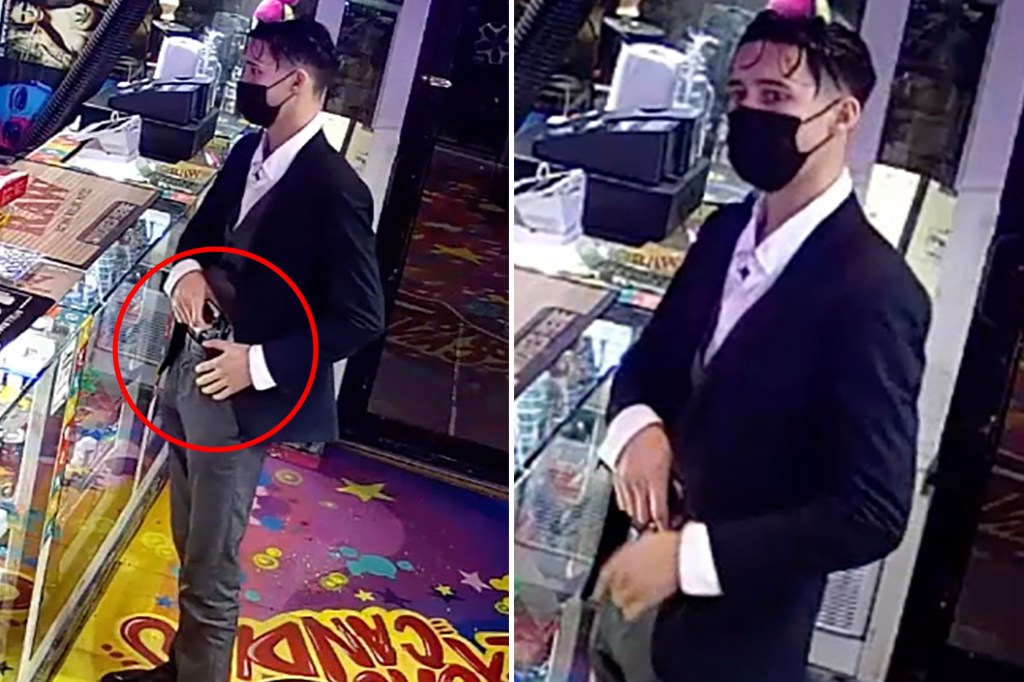 The slender shooter in a suit jacket and face mask terrorized the clerk of the Villager Smoke Shop on East 9th Street near Avenue A around 9:15 p.m., authorities said.

He first asked about the products available for purchase – before showing a black and silver pistol in his belt, according to police and footage from inside the store.

He demanded property from the 21-year-old worker and threatened to kill him, cops said.

The video clip shows the suspect touching the gun as he speaks at length to the worker.

He seized $700 from the ledger, along with the worker’s personal cell phone and Apple Airpods, before fleeing, police said.

The employee was not injured.

The suspect, who was still at large on Monday, is about 6ft 2in tall, thin and has black hair.