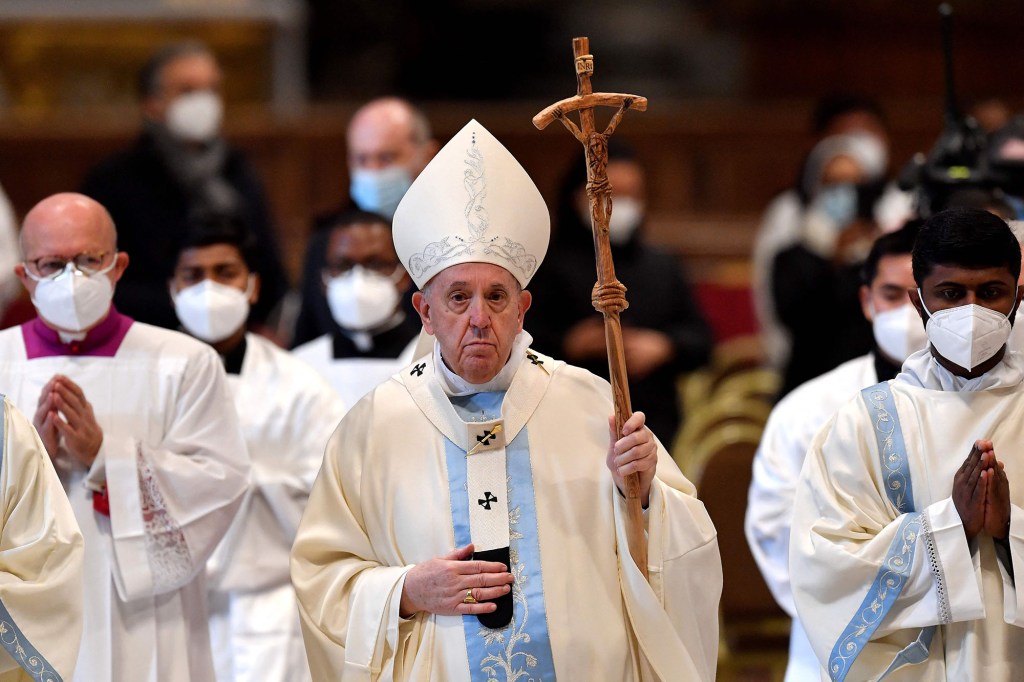 Pope Francis called for an end to violence against women on New Year’s Day in a homily delivered from St. Peter’s Basilica in Vatican City.

“How much violence is directed against women! Enough! To hurt a woman is to insult God, who from a woman took our humanity, not by an angel, not directly, but by a woman,” the pope said.

“And since mothers give life and women keep the world (together), let’s all do more to promote mothers and protect women.”

The Roman Catholic Church celebrates both the Solemnity of Mary, the Blessed Mother of God, and the World Day of Peace on January 1.

Pope Francis, 85, last month called violence against women “almost satanic” on an Italian TV show, according to a report.

Francis, who is battling painful sciatica and mysteriously failed to preside over a New Year’s service, appeared strong and healthy during mass on Saturday, walking the full length of the basilica’s central aisle.

The pope has spoken out frequently against domestic violence during the COVID-19 pandemic, in response to the increase in abuse against women and children over the past two years in many parts of the world plagued by lockdowns and shelter-in-place orders.