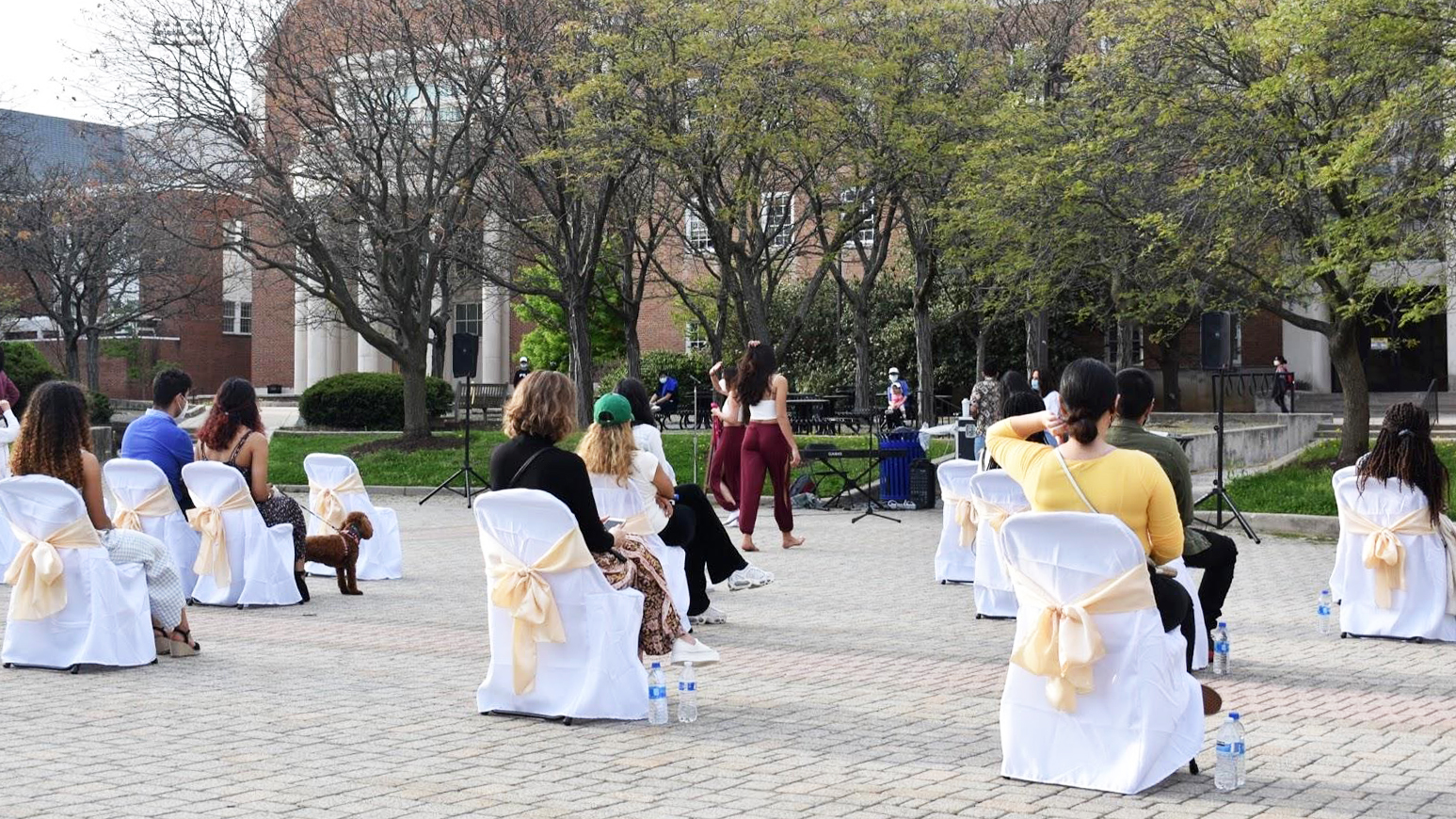 By Madeline Herron
For the Diamondback

For many University of Maryland students observing the Persian New Year, a holiday called Nowruz, the in-person celebrations have had to be adapted this year due to the ongoing coronavirus pandemic.

Nowruz, which has a variety of spellings referred to by those celebrating, means ‘new day’ and occurs every year on the first day of spring.

Some people, like Nikki Emamian, a second-year bachelor’s degree student in General Biology and Public Health Sciences, meet with friends and family over the thirteen days after Nowruz to share their New Year’s greetings.

“Imagine a wedding, but for example several of them take place over the course of a week or two,” Emamian said. “It’s everyone who gathers, eats food, dances.”

This year Nowruz fell on Saturday, March 20, but the Iranian Student Foundation at that university postponed its celebration on campus until April 10 so that it could get approval for the rallies in person from the Stamp Student Union.

After that university lifted some COVID-19 restrictions, the ISF could hold a 50-person social distancing celebration outside the Hornbake Library on Saturday.

In recent years, the celebrations, which have taken place at the students’ union or the Alumni Center, have included gatherings of up to 400 people. But despite the restrictions on participation this year, ISF members have tried to make the event look like in previous years while respecting university guidelines.

“Celebrating these traditions reminds us of our homelands, our mother tongue and, you know, just like our upbringing,” said Nakisa Rafiee, second year finance and information systems student. “We really want to honor that and stay true to our identity. “

In order for students to be allowed to attend, they had to confirm their attendance for the event on a first come, first served basis.
The celebration lasted around four hours and included music, dancing and trivia, as well as the opportunity to socialize with other members of the Persian community at this university.

Ghormeh sabzi, a Persian stew of beef, herbs and red beans served with rice, is typically served during ISF’s New Year’s celebration. But due to COVID-19 security measures, traditional meals were not served at this year’s event.

Another part of the event involved participants playing a trivia game with questions based on Iran and Nowruz. They were able to score extra points by identifying the title and artists of Iranian pop song clips.

“It was so nice for everyone to get together and have this moment away from our classrooms, away from Zoom and away from looking at a computer screen,” said Rafiee. “It’s good to have face-to-face interaction, even if we distance ourselves socially and wear masks. “

Sara Garmchi, ISF’s vice-president of programming, was in charge of organizing the event.

In the spirit of the new holiday starts, new friendships blossomed during the celebration between the freshman and other new students to the campus community who had not yet met in person, a declared the sophomore psychology student.

“I knew them from our Zoom meetings, but I first met them and they didn’t really have any friends, but then they met and they became friends,” said Garmchi. “It was really fun for them to be able to actually enjoy spending time with other Persians in person.”

While this year’s celebration may have looked different from years past, ISF students are hopeful that future celebrations will return to normal.

Rafiee said she hopes to encourage more members of the college community to join in the celebrations, including those for Yalda, which falls on the longest day of the year and is the celebration of the winter solstice.

“You don’t have to be Iranian,” Rafiee said. “Just come and taste some food, enjoy the shows and dances in the fall for Yalda, and also in the spring for Nowruz next year.”