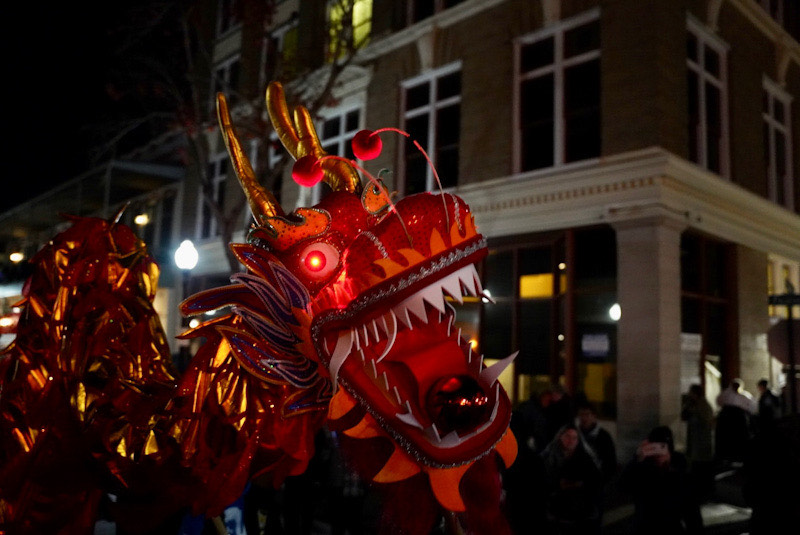 The University of West Florida celebrated Lunar New Year 2022 on Palafox Street in downtown Pensacola on Friday, January 21. UWF’s Department of International Programs, Center for Asian Studies, Office of Equity and Diversity, and Gallery Night have partnered for The Lunar New Festival of the Year in honor of “Year of the Tiger”.

“After a year-long hiatus, the University of West Florida was thrilled to resume its partnership with Gallery Night Pensacola for this special cultural celebration,” said Rachel Hendrix, Director of International Affairs. “UWF prides itself on its commitment to diversity, inclusion, and multicultural community engagement, and offering a program like this provides the community with an opportunity to learn about new cultures and traditions from around the world.”

Lunar New Year marks the first day of the year in the Chinese lunisolar calendar, the traditional calendar followed by the Chinese, Koreans, Vietnamese and other Southeast Asian countries. The festival begins on the first day of the first new moon, which occurs between January 21 and February 20 each year, and continues for 15 days, culminating with the Lantern Festival.

International students from UWF, along with members of the international community, performed traditional Lunar New Year activities such as dragon and lion dances and martial arts demonstrations. The highlighted event was Japanese Taiko Drums played by drummers from Japan at Disney’s Epcot.