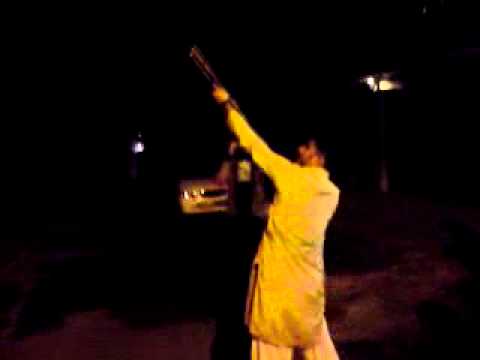 According to reports made by several police stations, eighteen people were injured and one person was killed by stray bullets in aerial fire incidents around Karachi on New Year’s Eve on Friday night.

The injured were taken to hospitals for treatment and police authorities said investigations were underway.

According to Ajmer Nagri Police Station, Ali Raza, an 11-year-old child, died of his injuries while being treated at Jinnah Postgraduate Medical Center. In Sector 5-B / 3 north of Karachi, he was hit by a stray bullet.

Police said on Wednesday that security and other preparations were underway in Karachi ahead of New Year’s Eve, including measures to prevent aerial fire.

The city’s police chief, according to a statement released by the Karachi police spokesperson, has formed a squad to monitor cases of aerial fire.

Citizens were urged to remain vigilant in the police statement. They also asked to record and share videos of people shooting fireworks into the air on New Years Eve. According to the statement, if a civilian files a complaint, urgent legal action will be taken and them. people involved in the aerial shootings would face charges of attempted murder and other crimes.

Ahead of the New Year’s celebrations, the Pakistan Medical Association also called on the government to ban aerial gunfire altogether.

The group expressed its sadness in a statement regarding the growing trend of aerial fire, particularly on Chand Raat Day, New Year’s Eve, Independence Day, wedding ceremonies and triumph celebrations, including by political parties.

From the New Year, a new law makes many surprise medical bills illegal