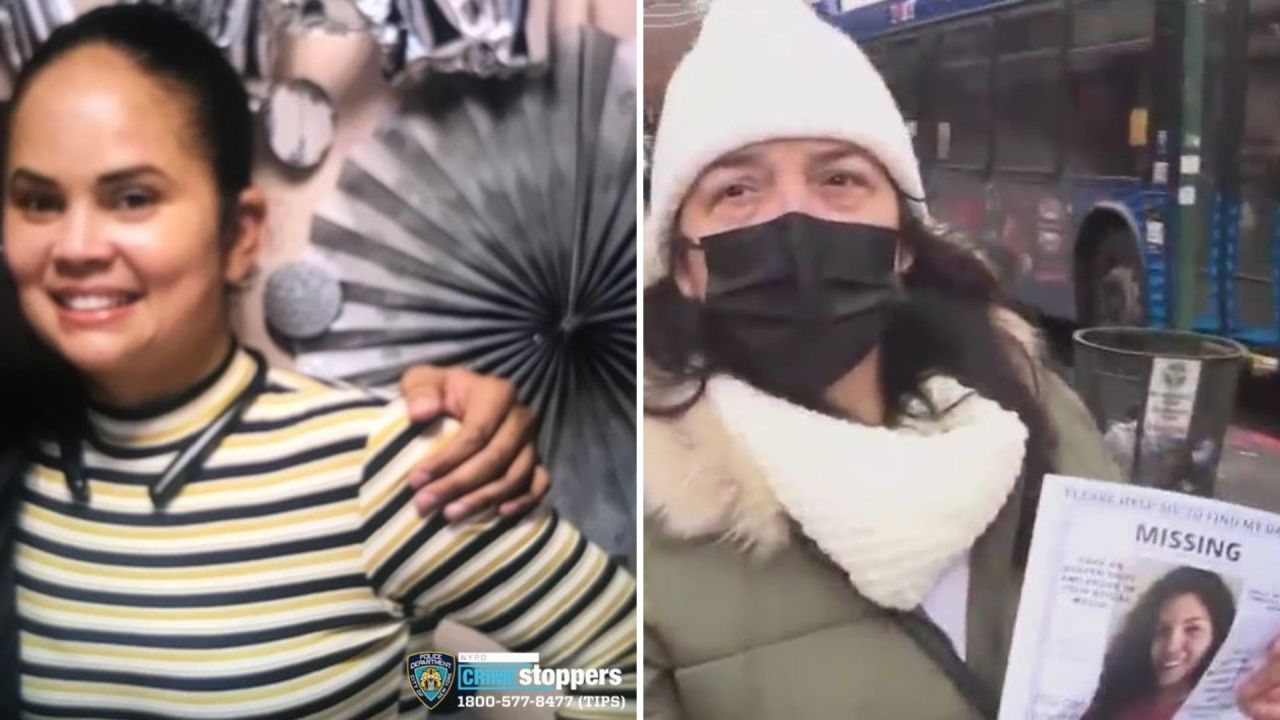 “She has no enemies, she is such a kind soul,” Yinelsy Gomez said near the family home of Queensbridge Houses.

“Even here she feeds the cats,” Gomez said.

However, there has been no record of Sanchez, a 43-year-old mother of four, since she told her son she was going to check something in the car around 9.30pm on New Years Eve .

The daughter told PIX11 News that police said they had two clues to her mother’s movements that night.

First, a security guard found Sanchez’s cellphone on the floor of Mount Sinai West Hospital on 10th Avenue in Manhattan.

But there is no indication that Sanchez was ever admitted to hospital.

The second clue came from the footbridge of the Ed Koch/Queensboro Bridge, which is near the family home.

A pedestrian found something belonging to Sanchez that night.

“She had a little backpack with her,” Sanchez’s daughter said. “They just said it was on the deck, wet from the rain.”

PIX11 News has learned that there may have been surveillance showing Sanchez at Mount Sinai West, but none showed her on the bridge.

“It would have been a lot better for the investigators if the phone was with her,” said retired NYPD Detective Joseph Giacalone, now a professor at the John Jay College of Criminal Justice.

“The mobile phone would have played a very important role, allowing his movements to be tracked.”

Sanchez’s daughter said her mother was sometimes sad because of personal issues.

PIX11 News also followed up on a different case we reported on last week, the disappearance of 31-year-old Dulce Lopez, who recently had manic-depressive episodes.

Lopez’s mother, Noemy Brinson, flew from Longview, Texas, to New York on December 19, and she searched the streets and subway lines every day, even in the freezing cold.

After PIX11 News aired Lopez’s story last Thursday, Jan. 6, a viewer sent Brinson an address on East 194th Street in the Bronx, with no message.

We met Brinson there last Friday, near the intersection of Valentine Avenue, but there was no sign of Dulce Lopez.

“I don’t know how she survives,” the mother said of her daughter, who disappeared Nov. 29 during a stressful time with her new boyfriend.

She sat on a box outside a mini market for two days.

She told neighbors she took the subway to warm up.

PIX11 News has received a tip regarding another sighting of Lopez last Friday outside a bakery on West Fordham Road at the intersection of University Place.

When we went there was no sign of her.

The woman who contacted us said, “The face was so distinctive! I just saw it on WPIX.

She said the person she saw “had a distinctive mole on her face, with a hood over her head.”

The person was wearing a black bubble coat and “she was just walking back and forth,” the woman told us.

Right after the story aired on PIX11 News, a viewer called to say he saw someone who looked like Lopez on Broadway and West 103rd Street, circling.

Lopez’s case caught the attention of the NYPD’s Missing Persons Squad, which tweeted photos of the woman last weekend and sent out a citywide alert.

Lopez’s mother has pledged to find her daughter.

As for Yinelsy Gomez in Queens, she longs for any small detail that might answer further questions about her mother’s disappearance.

“I just hope we see you again soon,” she said in a message to her mother, as her voice cracked with emotion. “We miss you and we love you.”